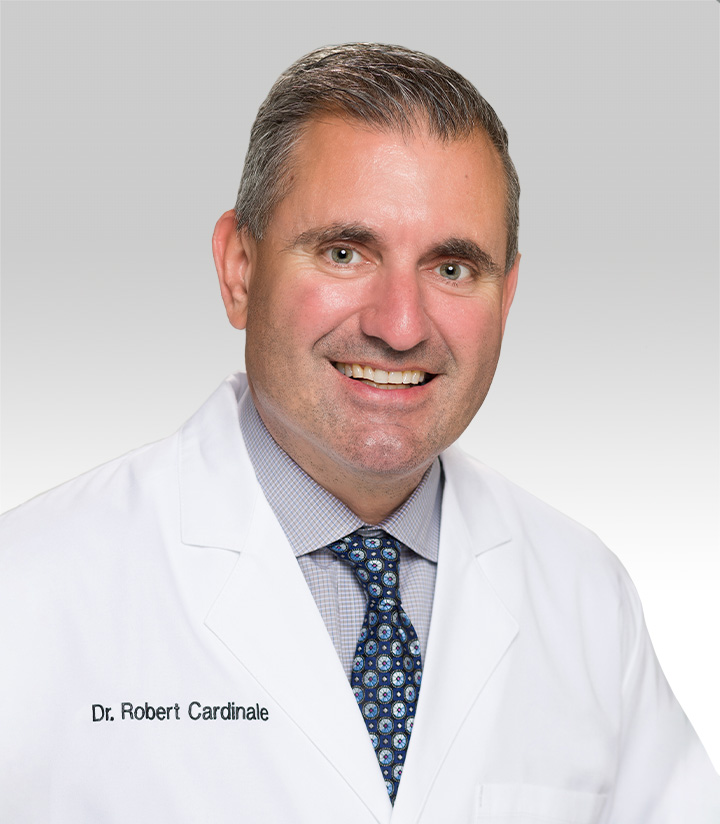 Dr. Cardinale graduated magna cum laude in electrical engineering from Rutgers University and received his medical degree from the University of Maryland School of Medicine. He completed his residency, chief residency and fellowship in radiation oncology at Johns Hopkins Medical School. He has served in several academic positions and has made vital contributions in the areas of stereotactic radiation therapy. Dr. Cardinale was selected by his peers as a “Top Doctor” in New Jersey and has been named among the “Best Doctors in America”. He has received several academic awards and U.S. Patents for novel cancer treatments. He has authored numerous important articles and book chapters in radiation oncology and has presented his work at more than 50 national and international scientific meetings.